The sky above Bristol’s Harbourside was buzzing with activity – literally – as we began the first phase of drone filming for Arc around Millennium Square. 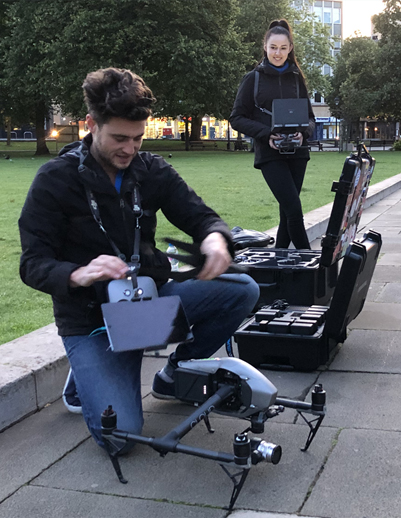 Two crews, one on the ground and one directing the aerial photography worked in tandem, digitally mapping and gathering footage of the area. The aim was to provide ‘real world’-based environments ready for Arc’s CGI team to add their digital models to – creating different angles of Arc and its proposed departure lounge.

The initial 3D model of We the Curious and the square was first created by a survey drone, which, even from a hundred metres up, is accurate to a centimetre, giving a precise reference for the position of Arc. With the light conditions and direction of the sun calculated, and the textures, reflections and movement of Arc added in, a very clear idea of what Arc will look begins to emerge.

As with any outdoor filming in the UK, weather plays a big factor and meant the crews were watching the forecast ready to jump into action as soon as conditions looked favourable! So when a cloudy weekend and a gloomy Monday gave way to a golden Tuesday morning they seized the moment for some stunning 360º panoramas, just as dawn was breaking over the city. 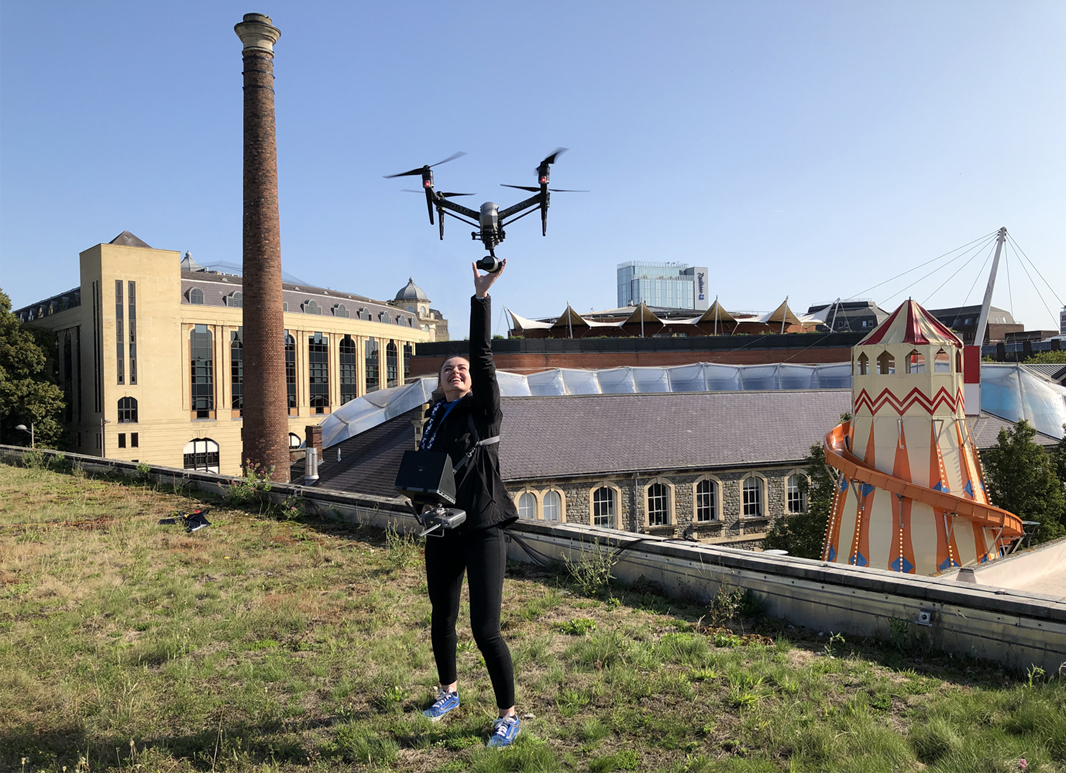 ▲ Above: Drone-wrangler in action – pilot Amy Allott on the roof of We The Curious.
Inset: Director Will Harford tests the kit before take-off